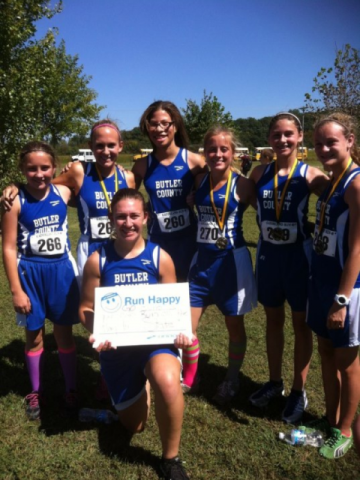 On Thursday September 20th the Butler County Cross-Country team traveled to Hopkins Central to compete in the Thunder Invitational. 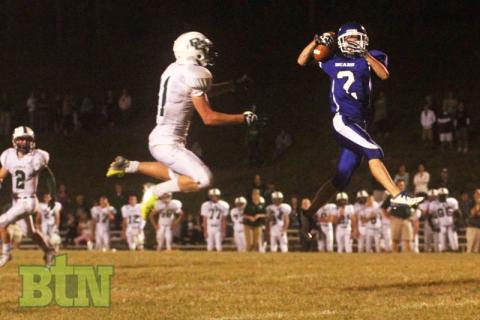 An Owensboro Catholic touchdown with only four seconds remaining in the first half proved to be a momentum game changer on Friday night as the Aces cruised in the second half to a 45-0 win in Morgantown over Butler County. 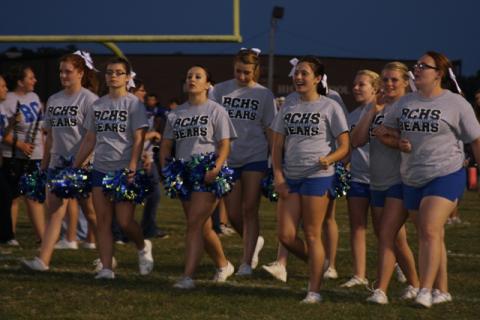 The Bears were back home this week and Friday night was a great night for football.  The stands were full, the cheerleaders, band, and the BCMS football players were on hand to support the Bears.  Butler County fell to number one ranked Owensboro Catholic.  Everyone gave a "Big thumbs up for Lane 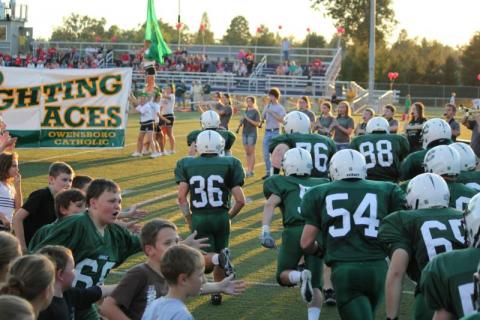 The familiar green and white will arrive in Morgantown on Friday night and that means a prep football match-up between the #1 ranked Owensboro Catholic Aces (4-0) and the 11th ranked Butler County Bears (4-1).  Catholic was idle last we 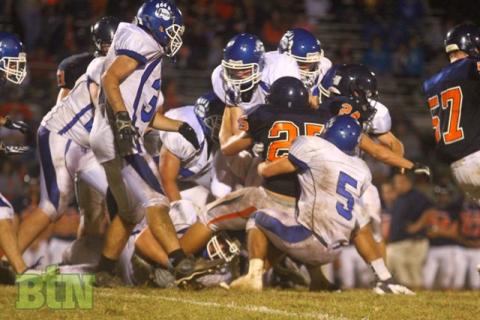 The Bears fell to (4-1) at the hands of the Grayson Co. Cougars by the score of 51-26. Both teams entered the game undefeated, but the Class 5A Cougars running attack was simply too much for the Bears on homecoming night at GCHS. 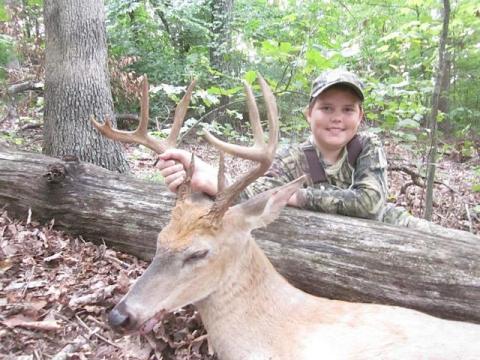 Garrett Embry killed this 135 pound, 9 pointer on September 11, 2012. It was his first deer with a bow.  He is the son of Micheal and Jan Embry of Morgantown. Congratulations Garrett!!! 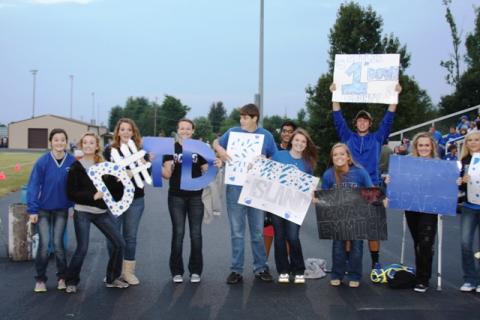 A large crowd of Bear fans hit the road on Friday night to support Butler County as they took on the Cougars of Grayson County.  Spirits were high and the sidelines were full.  The Bears fell short, 26-51. 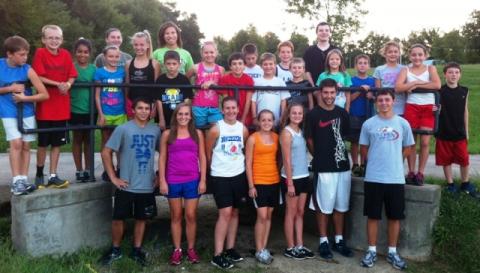 The Butler County Cross-Country is ready to kick off the 2012 running season. A large team consisting of 30 runners started training back in July for the upcoming season and they are hoping their hard work will pay off.

One team's record will remain untarnished after Friday night, while the other will notch its first loss as the Butler County Bears travel to Leitchfield to face the Grayson County Cougars in a prep football match-up.  Though from differ