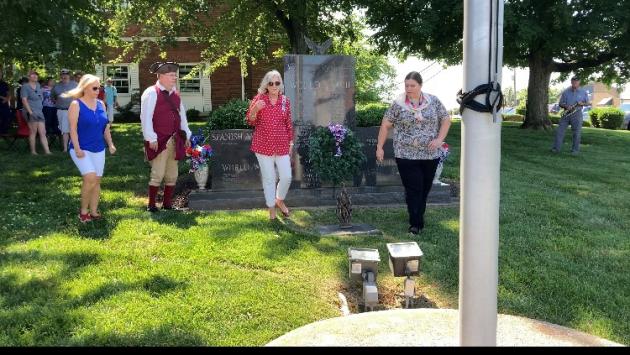 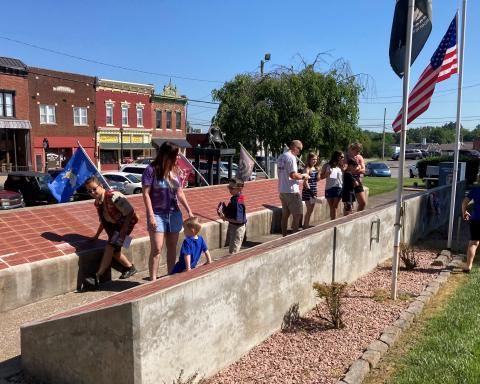 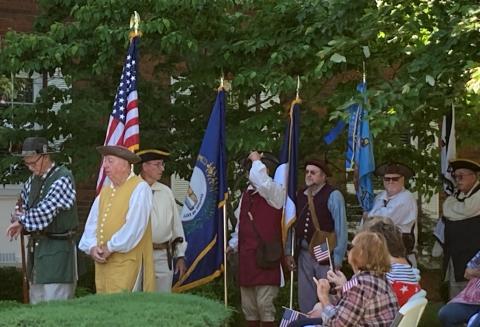 The General Richard Butler Chapter of the Sons of the American Revolution presented the colors.

Several gathered to show their respect to those who gave all. 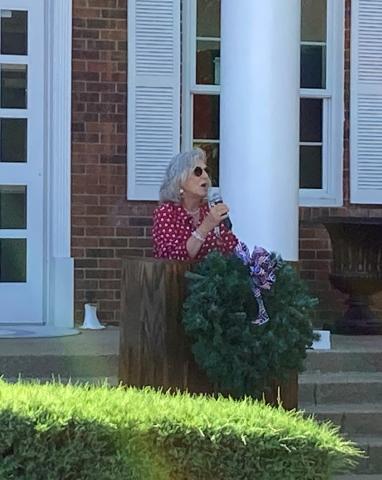 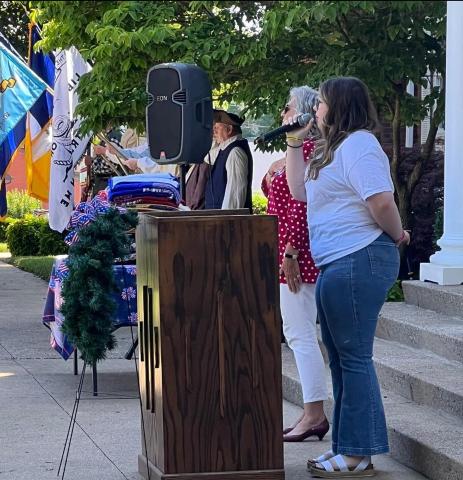 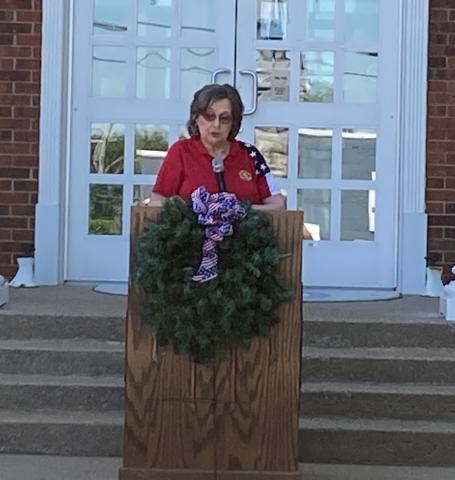 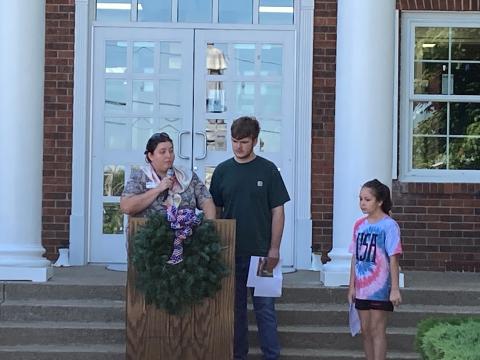 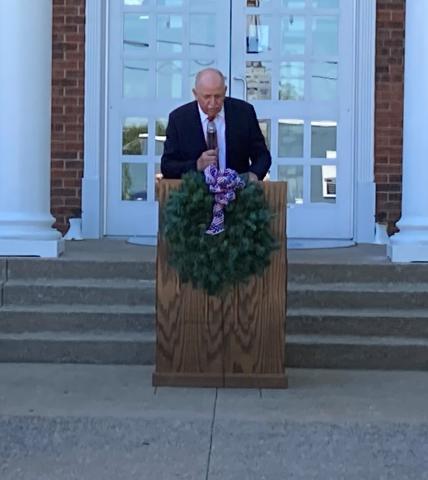 "Our freedoms are given by God and protected by those that serve," said Embry.

He reminded all not to forget those that gave the ultimate sacrifice. 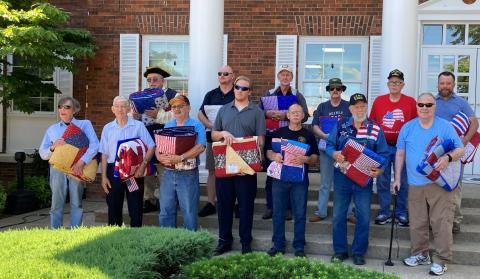 Lynda O'Driscoll, Melanie Hunt, Sherry Webster, and Donnie Webster laid a wreath at the monument for those lost in battle.

Doug Odle, Vietnam War Veteran, closed the program with the playing of Taps. 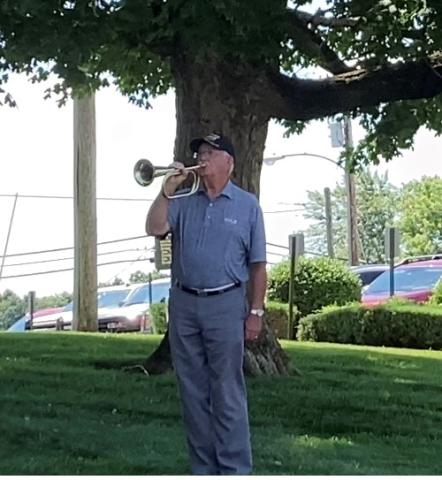