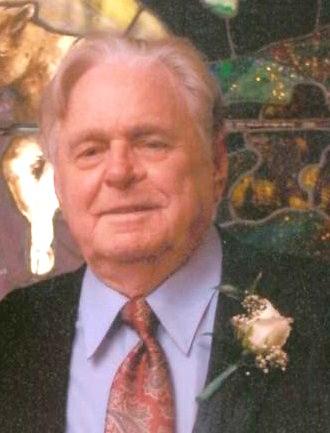 William Ralph Berry, 82 of Morgantown, Kentucky, passed away Monday, March 19, 2012 at his residence. He was a Illinois native, son of the late Osborn and Hallie Jones Berry and husband of the late Marcella Berry. Ralph was retired from Ford Motor Company in Louisville, Ky., a US Navy Veteran, and was of the Baptist faith. He was preceded in death by one sister Pauline Dockery and one brother Eugene Berry.
William Ralph Berry is survived by one son Bruce Berry and wife Linda of Glasgow,Ky; one granddaughter Christy Staley and husband Rob of Michigan; step son Eddie Sublett and wife Bernice of Morgantown, Ky.; step grandsons Donnie Sublett of West Virginia, Eric Sublett and wife Tosha of Morgantown, Ky, Stephen Sublett amd wife Amanda of Morgantown, Ky, John M. Bowles II of Glasgow, Ky and Brian Bowles and wife Amber of Glasgow, Ky; several step great grandchildren and several nieces and nephews.
Funeral services will be held Thursday, March 22, 2012, at 10:00am with Bro. Darryl Dockery officiating. Burial will be in the Cook Cemetery. Visitation begins on Wednesday from 4:30pm - 8:00pm and Thursday from 8:00am until funeral time at the Jones Funeral Chapel.