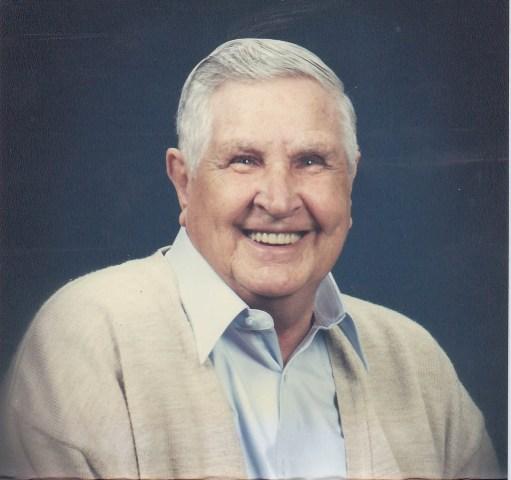 William Louis Green, 90, of Henderson, Ky., died peacefully Tuesday, Oct. 28 at Owensboro Health Medical Center.
Bill Louis, as he was known by longtime friends and family, never met a stranger and will be remembered for his caring and compassion, bright smile and sparkling eyes that are a common trait among the Green family.
The Butler County native never turned loose of the hometown ties he made growing up after the Great Depression in a large family of modest means. He later moved away from Butler County to fight for freedom and find work to support a growing family of his own that now spans from Tennessee to Minnesota, and Kentucky and Southern Indiana to our nation’s capital.
It would be easy to tag Bill Louis as simply a good man, a patriotic American, a dedicated husband or a caring and devoted father. Those who knew him best know that he was much, much more.
Born in the small town of Provo, Ky., as the third oldest of 10 children of Glendon “Jack” and Alma (Pendley) Green, Bill was looked upon as a bright student, responsible brother and son, and an exceptional baseball player.
After high school, he served in the U.S. Army during World War II. As a member of the Fifth Army, 36th Infantry Division, 141st Infantry Regiment, he served in North Africa and Europe. During his service, he was held as a prison of war and later awarded a World War II Victory Medal, a European-African-Middle Eastern Campaign Medal with three Bronze stars, an Army Good Conduct Medal, a Combat Infantryman Badge and a Marksmanship Badge.
After his service, he worked toward a career as a gifted mechanic before suffering a disability that limited his work.  These injuries didn’t stop Bill. He later bought and renovated rental properties and built homes in Henderson County to stay busy while helping raise his children.
His sense of compassion showed even through his real estate work. He used his properties as a way to support friends and family while offering homes to families in need.
Bill was a wonderful friend, but what he loved most in life was his family and children. He is survived by his wife of 45 years, Kay (Fenwrick) Green, and six children: William Paul Green (Sharon), of Winchester, Ky.; Judith Green, of Evansville, Ind.; Kathy Johnson (Brad), of Finland, Minn.; Cheri Hill, of Brentwood, Tenn.; Angela Green (Gurdeep), of Washington, D.C.; and Edward Green (Kelly), of Louisville, Ky.
Bill had 10 grandchildren – Corey Hill (Jessa), William Zachary Hill, Shirley Green Williams (Tim), Paul Green, Jacey Dowdle, Sarah Johnson-Wick (Travis), Jennifer Schmidt (Jeremy), Jacob Johnson (Chelsi); James Green and Bryce Green – and 12 great grandchildren. Many more children considered Bill a father or grandfather figure in their lives as a result of his kindness to any child in need.
Bill also is survived by a brother, Robert “Bobby” Green, of Morgantown, Ky.; three sisters, Sherry West, of Morgantown, Ky.; and Brenda Klein, of Glen Prairie, Texas; Dorine Roberts, of Owensboro, Ky., and many nieces, nephews and cousins. Preceded in death by his parents Glendon P. and Alma Pendley Green; infant daughter Karen Sue Green; siblings Glendon P. Green Jr., Wilma Beck, Sue Scarbrough, Steve Green and Harold Green.
In lieu of flowers family ask donations to be made to the Rone Cemetery Fund. Envelopes will be available at Smith Funeral Home.
Funeral Service will be held at Monticello Missionary Church, Provo, Ky.  on Friday, October 31, 2014 at 1 p.m.  . Visitation will be Thursday, October 30, 2014 from 6 p.m.– 9 p.m. and Friday  10 a.m.- 12:15pm  at Smith Funeral Home, Morgantown, Ky.
Online Condolences may be made at www.smithfuneralhome1886.com