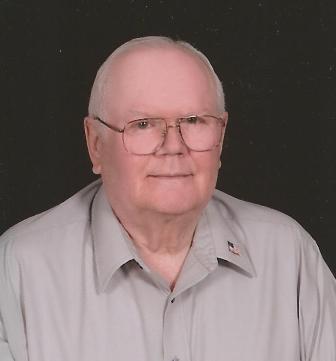 William Azro "Bill" Arnold, Louisville, KY, passed away at his home onTuesday, February 14,2012. Bill was born on October 23, 1932 in Butler County, KY, to Cecil and Grace (Wester) Arnold. Bill was a proud veteran of the US Air Force. He retired from Naval Air Systems Command in  Washington, D.C., after years as a civilian Logistics Management Specialist. He was a member of Parkland Baptist Church in Louisville, KY.
Bill was a gentle man of strong Christian faith, active in church throughout his life as a deacon, pastor, and teacher. He was a respected mentor to many in family, church, and career, passing along his leadership skills and wisdom to succeeding generations. Bill was a graduate of Georgetown (KY) College, double-majoring in Bible and History. He enjoyed photography, genealogy, and technology, and worked with stained glass. Bill frequently wrote poetry inspired by his faith, and wrote several stories about his childhood in Butler County, KY.
Bill is survived by his wife of fifty-four years, Norma Brown Arnold, of Louisville, KY; daughters Christa Coleman (husband Michael) of Woodbridge, VA, and Melissa Collins (husband Jimmy) of Columbus, IN; grandson Zachary William Arnold of Mechanicsville,
VA; sister Louise Arnold of Myrtle Beach, SC; and brother Darrel Arnold (wife Libby) of Louisville, KY, and sister-in-law Hazel Vincent Arnold of Powderly, KY, and several beloved nieces, nephews, and cousins.
Bill was preceded in death by his parents and brother Chester Elmo Arnold.
A memorial service will be held at Smith Funeral Home in Morgantown, KY, on Saturday, March 10 at 1:00 pm CST., Visitation will be held from 11am CST til Service at Smith Funeral Home . In lieu of flowers, Bill desired that contributions be made to the American Heart Association or the American Cancer Society.