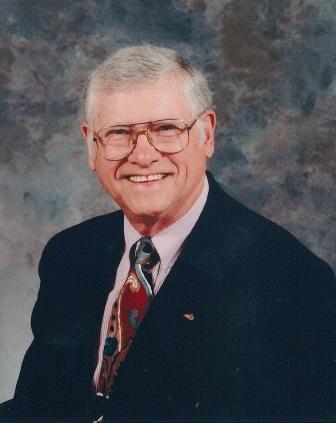 Wilbur B. Drake, 89 of Morgantown,  Ky. passed away Thursday, November 13,2014 at the Medical Center in Bowling Green ,Ky. Wilbur was born January 25,1925 in the South Hill community of Butler County to the late Charles "Charlie" Ervin and Jessie Mae Belcher Drake. He was drafted into the Navy in May of 1943 between his junior and senior year of high school during World War II, where he served in the Medical Field at Great Lakes Naval Hospital where he cared for seriously wounded soldiers returning to the United States. He was discharged as Corpsman Second Class in April of 1946. Returning to Morgantown High School and graduating with the class of 1947. Wilbur began his teaching career in 1950 where he taught for the Butler County School System for 34 years, retiring in 1984. Wilbur served on many boards including  The Gasper River Association of Baptists Clerk , the Butler County Library Board, Logan County Telephone Board, President of the Cellular Division, Butler County Education Preservation Society, Retired  Teacher's Assoc. ,he was a  of member The Gideon's  International  (Butler/Edmonson Co. Camp) , was named Butler County DAR Veteran of the Year in 2008, he enjoyed volunteering at the Morgantown Care & Rehab, Wilbur was a member of Bethel Missionary Baptist Church where he served as Deacon and taught Sunday School for over 50 years.  He is preceded in death by his parents, two brothers Carlton and Charles Desper Drake.
Wilbur B .Drake is survived by one brother Howard "Droopy" Drake wife Peggy of Morgantown, Ky.; two nieces Deanna Hauck husband Bob of LaGrange, Ky.; Pam Humes  husband  Ronnie of Franklin ,Tn. ;two nephews Denny Drake wife Kim of Morgantown, Ky.; Mark Drake wife Judy of Hamilton, Ohio two sister-in-law Lennie  Drake of Morgantown, Ky.;  Betty Jean Drake of Morgantown, Ky. and  several  great nieces and nephews.
Funeral services will be held at the Jones Funeral Chapel Monday November 17, 2014 at 1:00pm with Bro. Ron Methany and Bro. Greg Wallace officiating with burial in the Hill Haven Memory Gardens. Visitation will be held Sunday November 16, 2014 from 1:00-8:00pm and Monday from 8:00am until funeral time at 1:00pm at the Jones Funeral Chapel. Share you photos, memories and condolences for Wilbur Drake at www.jonesfuneralchapel.com Expression of sympathy may be made to a Charity of your choice.