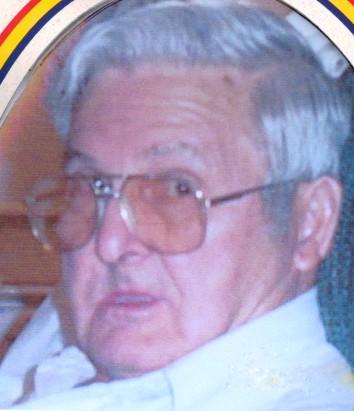 Walter Hoover Gipson, 84, of Caneyville, passed away Sunday, March 24th, 2013 at his residence.

He was born on February 21st, 1929 in Edmonson County, the son of the late Gus Thomas and Ida Mae (Jaggers) Gipson. He was a plumber. Walter attended Walnut Grove Missionary Baptist Church.

He is survived by his wife, Paulette; 4 sons, Roger Gipson of Missouri, Billie Smith of Texas, Roy Mattingly, Jr. and Leonard Miller both of Leitchfield; 5 daughters, Sheila Gipson of Alabama, Joyce and Shirley Gipson both of Missiouri, Roxanne Thompson and Dorothy Carrie both of Taylorsville; one brother, Truman of Leitchfield; one sister, Lucy Issaccs of Louisville; several grandchildren and great-grandchildren. Other than his parents, he is preceded in death by his 7 brothers, Vertus, Neal, Charles, Valton, Edward, Virtis, and Clinton and his 4 sisters, Pernie Whitlow, Berthie Constants, Pearl Haven and Rebecca Green.

Funeral services will be Wednesday, March 27th at 1:00 p.m. at the Dermitt-Joyce Funeral Home in Caneyville. Bro. Chester Shartzer will be officiating. Burial will be in the Claggett Cemetery.

Friends may call at the Dermitt-Joyce Funeral Home in Caneyville Tuesday after 2:00 p.m. and Wednesday from 9:00 a.m. until time of service.