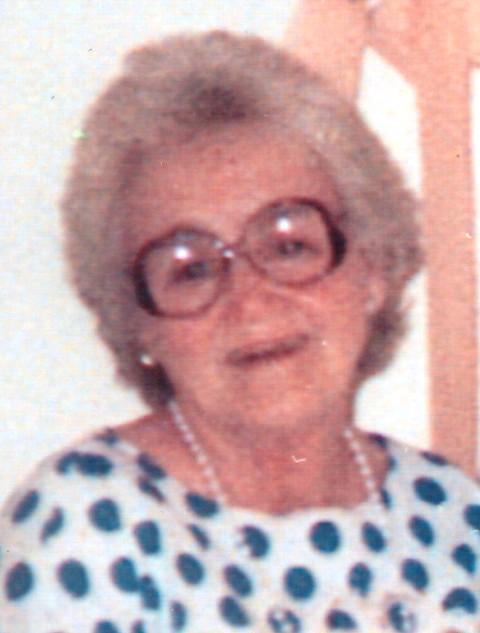 She was born on August 29, 1923, the daughter of the late Simon R & Martha Henderson Dockery. She was retired from Morgantown Care & Rehab and also a member of Chapel Union Missionary Baptist Church.

Funeral services will be at 3:00 p.m. Sunday, July 8, 2012 at the Chapel Union Missionary Baptist Church. Bro. Darryl Dockery and Bro Greg Fields will be officiating. Burial will be in the Chapel Union Cemetery.

Friends may call at the Dermitt-Joyce Funeral Home in Caneyville after 3:00pm Saturday. Sunday, they may call at the Chapel Union Missionary Baptist Church from 1:00 pm until time of service.

Submitted by Gay Flener Heilman (not verified) on Sat, 07/07/2012 - 9:18pm
Roger and all your family, you are in my prayers as you mourn the death of your mother. God be with you all.
Submitted by carolyn brooks (not verified) on Thu, 12/07/2012 - 7:51pm
it was a great pleasure to have such a wonderful mother in law in my life for 20 yrs.she was the warmest,sweetest,most caring person iv ever met.she will be missed so much,she loved her family so much and loved them all,she was so proud of them.ill never forget the best biscuits in this world.she will be missed so much,a lady she was<3
Submitted by carolyn brooks (not verified) on Thu, 12/07/2012 - 8:00pm
the LORD took another angel home when they took Vivian home.she was the sweetest lady iv meet in a long time.she loved her family so much,all of them,she was so proud of each and every one of them.ill never forget her homemade biscuits,they was the best in the world.she was a great christian lady.she will be so missed,but with lots of great memories of her.A LADY SHE WAS {REST IN PEACE MAMA VIVIAN,I LOVE YOU AND GONNA MISS YOU DEARLY