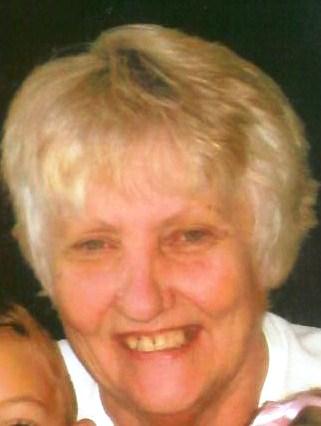 Sue James Cook, 73 of Cromwell, Ky. passed away Wednesday, February 29, 2012 at her son’s residence in Beaver Dam, Ky. She was a Cromwell, Ky. native, daughter of the late Henry H. James and Madeline Leach James who survives. She was a longtime member of Morgantown Church of Christ in Morgantown, Ky. and she was a homemaker. She was preceded in death by one son Roger Cook and one sister Mary Beth James. Memorial contributions may be made to Morgantown Church of Christ or Hospice of Ohio County  c/o Jones Funeral Chapel P.O. Box 414 Morgantown, Ky. 42261.

Funeral services will be held at the Jones Funeral Chapel Friday, March 2, 2012 at 2:00pm with Bro. Brian Eadens officiating. Burial will be in the Fairview Cemetery, Hwy 505 Cromwell, Ky. Visitation will be on Thursday, March 1 from 3:00 pm – 8:00 pm and Friday from 8:00 am until funeral time at the Jones Funeral Chapel. Online condolences may be made at www.jonesfuneralchapel.com.