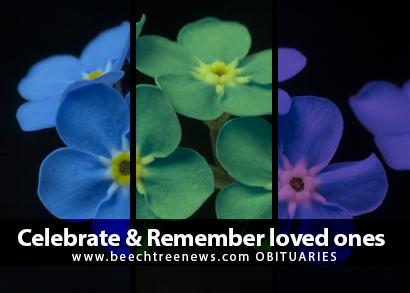 She was born on August 16, 1929 in Neafus, KY, the daughter of the late Ernest and Trula Duke Embry.

She was a wife, mother, grandmother and a Christian.

Other than her parents, she was preceded in death by an infant son; William R. Wilson Jr., three sisters; Virgie Embry, Ruby Shain and Violet Small, and one brother; Wayne Embry.

In accordance with her wishes, a private graveside service will be held Monday (April 1, 2013) at the Neafus Cemetery with a Memorial Service to follow at a later date.

Ruth’s wishes were that all expressions of sympathy be made to the Hosparus of Louisville or to St. Jude Hospital in Memphis, TN.