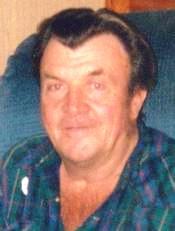 Other than his parents, he was preceded in death by his wife, Stella Lindsey and three brothers.

Funeral services will be at 2:00 p.m. Wednesday (November 23, 2011) at the Dermitt Funeral Home in Leitchfield. Burial will be in the Scott Cemetery.

Friends may call at the Dermitt Funeral Home in Leitchfield from 10:00 a.m. Wednesday until time of service.

The family requests that in lieu of flowers, donations can be made to the funeral home to help with expenses.