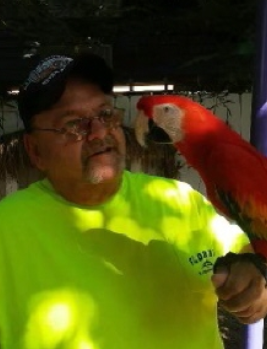 Roger Lee Joly, age 72 of Aberdeen, KY passed away Thursday, February 17, 2022 at his residence. Roger was born on Sunday, December 18, 1949 in Norwich Connecticut to the late Henry and Bella Bedard Joly. He was a member of the Holy Trinity Catholic Church and Knights of Columbus. Roger was a retired truck driver and currently worked as deputy jailer at the Butler County Jail. Roger enjoyed playing golf and loved collecting and working on guns. Other than his parents he is preceded in death by one step daughter Miranda Coleman; three brothers and one sister.

A memorial service will be held at a later date. Please share any photos, memories, condolences or light a candle in memory of Roger at www.jonesfuneralchapel.com. Jones Funeral Chapel is honored to be serving the family of Roger Joly.