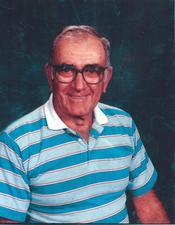 He was born on June 27, 1926, in Butler Co., Kentucky, the son of the late Wayne and Nola Lindsey Beasley. He was a retired boilermaker and maintenance supervisor for the TVA, a member of Boilermaker Local Union # 40, the Caneyville Masonic Lodge # 631, an Army veteran of World War II, where he received a Purple Heart and a Bronze Star and was a member of the Caneyville Christian church.

Other than his parents, he was preceded in death by one son, Hugh Wayne Beasley, one great grandchild, Lorris Louise Cummings and three brothers and three sisters.

Cremation was chosen and a memorial service will be at 2:00 p.m. Wednesday (January 11, 2012) at the Dermitt Funeral Home in Leitchfield. Bro. David Brown will be officiating.

Family will receive friends at the Dermitt Funeral Home in Leitchfield from 10:00 a.m. Wednesday until time of service.

Expressions of sympathy can take the form of donations to the Caneyville Christian Church or the Alzheimer’s Association.