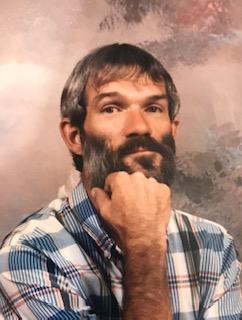 Richard M. Knight, Sr., 64, of Beaver Dam, Kentucky went to his heavenly home on Tuesday, October 15, 2019 surrounded by his family at Owensboro Health Regional Hospital.  He was born January 10, 1955 in Beaver Dam to Elvira Cummings Knight and the late John M. Knight. Richard enjoyed his time as a sound technician and was very skillful in creating, building and repairing almost anything. He loved to fly drones and rockets. Richard was a member of Long View Baptist Church in Beaver Dam and attended Bridgepointe Church in Owensboro. He served in the United States Army.

The family would like to thank Linda, Richard’s sister, for the wonderful care she has provided to him over the past two and a half years. She has always been there to support him for every doctor appointment, every chemo and radiation treatment and to his last breath.

Funeral services will be held at 1:00 PM Friday, October 18, 2019 at William L. Danks Funeral Home in Beaver Dam, Kentucky with Rev. Steve Cripps officiating. Burial will follow in Sunnyside Cemetery in Beaver Dam. Friends may visit with Richard’s family from 5:00 PM until 8:00 PM Thursday and 9:00 AM until the time of the service Friday at the funeral home. Per Richard’s request, please dress casual for his services.

Online condolences may be left for the family of Richard M. Knight, Sr. by visiting his memorial tribute at www.danksfuneralhome.com.