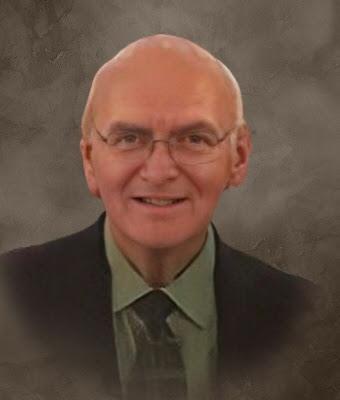 Bro. David graduated from Oakland City University in 1970, and had already began his ministry as a pastor in 1967, at the Mt. Olivet General Baptist Church, Oakland City, IN. During his lifetime, David served as pastor for fifty-four years, ministering at 13 churches in 3 different states. He was known for his genuine love and caring for people, his tireless work in youth camps, and long-time service in the Associations of churches in which he was pastor. His departure was sudden, yet his influence will be unmovable.

David enjoyed working on his farm and loved spending time with his family, and supporting them at their events. He was preceded in death, by his mother, Helena Muriel Cox Youngblood and his brother George Eugene Youngblood. He is survived by his loving wife, Kala Helms Youngblood, of 53 years, two daughters, Karla Coles (David) of Auburn, and Kristine Kie of Russellvile. Four grandchildren, Kristopher Coles (Brittany), Mikala Barks, Trenton Kie (Andrea) and Jesse Lashley, all of Auburn. Five great grandchildren, Carter, Kendell, Josie June, Jack, and Klaycie Ruth. Three sisters, Sheila Dichiara (Frank), of Hebron, KY, Bobbie Jo Steele, and Lisa Youngblood of Evansville, IN. Many in-laws and precious nieces and nephews.

Funeral services will be held at the Mud River Union General Baptist Church 469 Union Church Road Belton, KY 42324 on Thursday, June 23, 2022 at 11:00am with Bro. Roy Day, Bro. Frankie Skipworth and Bro. Woody Moore officiating. Burial will be in the Smith Cemetery in Logan County. Visitation will be held on Wednesday, June 22, 2022 from 4:00 pm - 8:00pm at Jones Funeral Chapel and Thursday 9:00 am until funeral time at 11:00am at the Mud River Union General Baptist Church. Please share any photos, memories, condolences or light a candle in memory of Bro. David at www.jonesfuneralchapel.com. Jones Funeral Chapel is honored to be serving the family of David N. Youngblood.