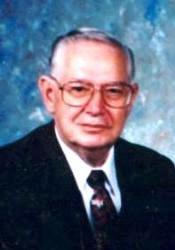 He was born January 27, 1926, in Grayson Co., Kentucky, the son of the late Homer and Marion Green Dermitt. Along with his sons, he started the Dermitt Funeral Home in Leitchfield in 1969 and at the Caneyville location in 1971. He was also a United Baptist Minister, an Army Veteran of World War II, a member of the Leitchfield Masonic Lodge and a member of the Claggett United Baptist Church.

Other than his parents, he was preceded in death by a son, Richard Dale Dermitt, one son-in-law, Richard Clemons and one sister, Margaret Tilford.

Funeral services will be at 1:00 p.m. Tuesday (January 3, 2012) at the Claggett United Baptist Church in Leitchfield. Bro. Howard Decker, Bro. Garry Watkins and Bro. Danny Dickson will be officiating. Burial will be in the Claggett Cemetery.

Expressions of sympathy can take the form of donations to the Claggett Cemetery Fund at the Dermitt Funeral Home, Leitchfield KY.