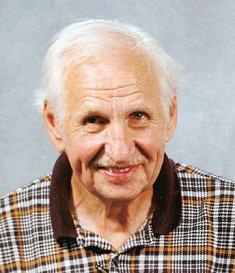 Ralph Hays Romans, age 74 of Kodak, passed away Saturday, November 19, 2011. He attended New Hope Church of God and The Gathering. He was a business owner at the Great Smokies Flea Market and was a songwriter and entertainer.

Mr. Romans was raised in Morgantown, Kentucky and was graduated from Campbellsville College with a BA Degree in Social Studies, Music, and Public School Teaching. He attended Southern Seminary and Western Kentucky University in receiving his Masters in Education, and earned his EDD Doctorate in School Administration from the University of Indiana. He has served as Assistant Principal at Davis County High School in Owensboro, Kentucky, and retired after 27 years of service as School Principal of Owensboro Treatment Center. In 1976 his name was published in the Who’s Who of America for Educational Research, and again in 1978 in the Who’s Who of Kentucky for Educational Research. Mr. Romans has preached in several Baptist churches throughout Kentucky.

He was preceded in death by his parents, Jerome Orville and Eva Marguerite Trail Romans; and his son, Robert Hays Romans.