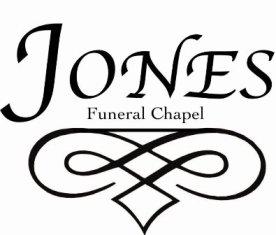 The Lord welcomed Pauline on Friday, April 13, 2012. Pauline was loved by all and was a very loving and caring person. Graveside services will be at the Fannie Rone Cemetery in Morgantown, Ky. Services honoring her will be held on Saturday, April 21 at 1:00p.m. at the cemetery. Jones Funeral Chapel in Morgantown will be handling the services.
Pauline was born on May 7, 1918 near Bull Creek around Morgantown, Ky. She was the youngest of nine children to William Elwood and Delah Hawks. She married Othie S. Hunt Sr. on April 27, 1936 in Morgantown. He preceded her in death on April 2, 1974. She later married Eugene Johnson on March 7, 1980 in Morgantown where she lived until 2001. He preceded her in death on April 26, 2001. Her parents, six brothers, two sisters, four sons and three grandchildren preceded her.
That year she returned to Kansas, IL. to be closer to her children. Pauline is survived by three daughters, Ann Shafer, Charleston, IL, Eva Irwin, Murfreesboro, TN, Barbara (Larry) Kuykendall, Kansas, IL, and daughter in- law Ida Hunt, Westfield, IL. Also surviving are eleven grandchildren, eighteen great grandchildren and numerous nieces and nephews.
Pauline was a stay at home mother before beginning work at the Brown Shoe/ Samuel Shoe Company in Charleston, IL, from which she retired. She was a faithful member of Pleasant Hill Christian Church, southeast of Kansas, IL. She was employed part time at Ettelbrick Shoe Company and the Casey Nursing Home while living in Casey, IL. She enjoyed gardening, cooking and quilting, fishing with Eugene, and most of all, her family. Memorial gifts in her honor can be made to the Faniie Rone Cemetery Fund c/o  Jones Funeral Chapel P.O. Box 414 Morgantown, Ky. 42261