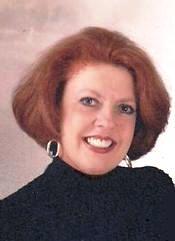 Paulette Smith Fritz, age 63 of Sikeston, Missouri passed away Tuesday, August 7, 2012, at her residence. She was born January 25, 1949 in Woodbury, Kentucky, daughter of the late Paul and Hazel (Kincade) Smith. She was a member of St. Paul's Episcopal Church and a self employed Hairdresser at Shear Perfection in Sikeston. On August 14, 1978 in Raton, New Mexico, she married Joe Fritz he survives of the home in Sikeston. In addition to her husband, she is survived by two sons Michael Wolff of Hopkinsville, Ky and Tanner Fritz of Sikeston; two daughters Carmen Crites of Arcadia, Missouri and Mollie Fritz of Sikeston; two brothers John Smith and Phillip Smith both of Woodbury, Ky.; three sisters, Sandy Johnson and husband Diddle, Jean Goodall and husband Ed both of Morgantown, Ky, and Peggy Jenkins and husband Bill of Adairville, Ky. and six grandchildren.