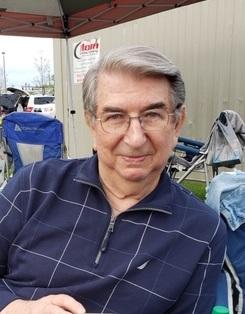 Paul S. Burden, 78 of Sellersburg, IN., Louisville KY., and Butler Co. KY. passed away Wednesday, August 14, 2019 in Butler County, KY. Paul was born September 5, 1940 in Butler County, KY to the late Sanders and Gracie Flener Burden and husband of the late Evalia O. Rogers Burden. He was a member of Barnett's Lick Missionary Baptist Church and retired from Kurfees Coating,in Louisville, KY. Paul enjoyed spending time with his family, living life to the fullest, with always having a smile on his face, and always having a funny joke to tell. Other than his parents and wife he is preceded in death by three brothers Dylos, Edwin and Jondal Burden and son-in-law Phillip Michael "Mick" Hogan.