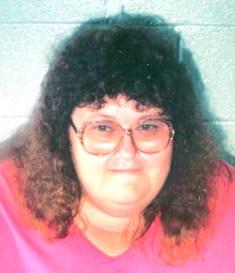 Patricia D. Lacefield age 62 of Morgantown, Kentucky, passed away Friday, February 24, 2012, at the Hospice Center of Southern Kentucky in Bowling Green, Kentucky. She was a Butler County native, daughter of the late Wesley Wayne and Anna Pearl Snodgrass Phelps, a member of Barnett's Lick Missionary Baptist Church, and the assistant activities director at Morgantown Care and Rehab center for 22 years. She was preceeded in death by two brothers Welzie and Dewayne Phelps.
Mrs. Lacefield is survived by her husband M.C. Lacefield of Morgantown, Ky., 1 daughter Tonya Moore of Morgantown, Ky., 4 sisters Anetta Dockery and Janet Flener both of Louisville, Ky., Martina Baize of Morgantown, Ky., and Becky Hack of Millwood, Ky., 1 brother Wayne Phelps of Morgantown, Ky., and several neices and nephews.
Vistation will be held on Monday, February 27, 2012, from 12:00 pm till 8:00 pm at the Jones Funeral Chapel. All other funeral services are private. Online condolences may be made at www.jonesfuneralchapel.com

Submitted by francis johnson (not verified) on Sat, 02/25/2012 - 7:04pm
Pat was such a nice lady. She was much loved at MCRC and will be greatly missed.
Submitted by John Ritchie (not verified) on Sun, 02/26/2012 - 1:24pm
MC, I'm thinkin about you and your family in this time of loss. I'm prayin for your wife. Take care ol buddy.
Submitted by Shirley Allen (not verified) on Tue, 02/28/2012 - 10:44am
Pat was one of the finest people I have ever worked with. I will never cease to miss her goodness, her generosity, and her overall kindnesses. Our facility will always honor the wonderful memories she left behind.