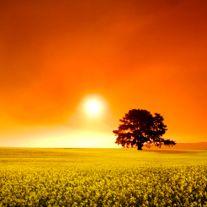 Odis Ray Cardwell, 81 of Canmer KY, passed away on Saturday, March 21, 2015 at Kindred Hospital.
He was a Baptist by faith and a native of Butler County KY.
Odis was preceded in death by his parents Everett and Charlene Cardwell; his children Odis Ray Cardwell, Jr. & Virginia Horton; along with a brother Ricky Cardwell.
He is survived by his children Michael S. Cardwell (Peggy) of Hardyville, KY, Susie Hall of Louisville, Sally Bell (Phillip) of Shepherdsville, Sean Cardwell (Patricia) of Hardyville, daughter in law Sheila Cardwell & son in law Sam Horton; his siblings Jay Cardwell of Breckinridge Co., Alfa Cardwell of Louisville, Everett Cardwell, Doody Cardwell, Glendon Cardwell, Kenny Cardwell, Roger Cardwell, Mary Lou Cardwell, Betty Sue Blacklock and Clarence Cardwell all of Butler Co.; along with 23 grandchildren and several great grandchildren.
Funeral Service will be 11:00 a.m. Wednesday at Maraman Billings Funeral Home with burial at Butler Phelps Cemetery. Visitation will be on Tuesday from 2-8 p.m. and after 9 a.m. on Wednesday.
Online condolences to the family may be made at maramanbillings.com