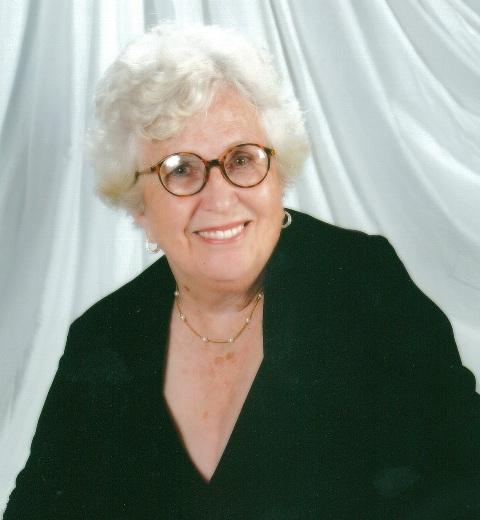 Mildred Faith Jennings, 76, died on Monday, November 24, 2014, at St. Joseph East Hospital in Lexington,KY. She was born in Sunfish, KY, on February 9, 1938. After traveling with her husband R.L. throughout the U.S. and Germany and raising a family while he was in the Army for two decades, Faith settled down in Butler County, where she became a dedicated community member for the rest of her life: working with her husband to operate Jennings Appliance Sales and Service for many years; serving as an active member of the Cool Springs General Baptist Church; and contributing as a dedicated community volunteer for several causes in Butler County.
Faith was preceded in death by her husband, R.L. Jennings; her parents, Roy and Bonnie Hazelip; and three sisters: Rose Hazelip, Gladys South, and Dorothy Nash. She is survived by six children: Susie Conklin, who lives in Lexington with husband John; Cheryl Gilstrap, who lives in Cromwell with husband Cecil; Bruce Jennings, who lives in Morgantown with wife Vonda; Gary Jennings, who lives in Henderson with wife Suzette; Jeff Jennings, who lives in Morgantown with wife Sara; and Beverly Simmons, who lives in Morgantown with husband Jerry. She is also survived by 12 grandchildren: Cate Conklin, Giulia Gabbard, Amanda Gilstrap Ford (and husband Sam Ford), Jared Gilstrap, Brett Jennings, Heather Jennings (and fiancé Joseph Kimbell), Jackson Jennings, Claudia Jennings, Rachael Jennings, Joe Jennings, Krissy Simmons Statzer (and husband Eric Statzer), and Kyle Simmons; two great-grandchildren: Emma Ford and Harper Ford (as well as a baby Statzer on the way); a sister, Victoria Bratcher of Shepherdsville; and two brothers, Haskel Hazelip of Tennessee and Rex Hazelip of Franklin.
Funeral services will be held Friday, November 28, 2014 at 1 p.m. at Cool Springs General Baptist Church, with Bro. Chris Vaught officiating with burial will be in the Cool Springs Cemetery. Visitation will be from 5 p.m. until 8 p.m. on Thursday, November 27, 2014 at Jones Funeral Chapel and from 10 a.m. until the time of the funeral service on Friday November 28, 2014 at Cool Springs General Baptist Church. Online condolences can be made at http://www.jonesfuneralchapel.com/.