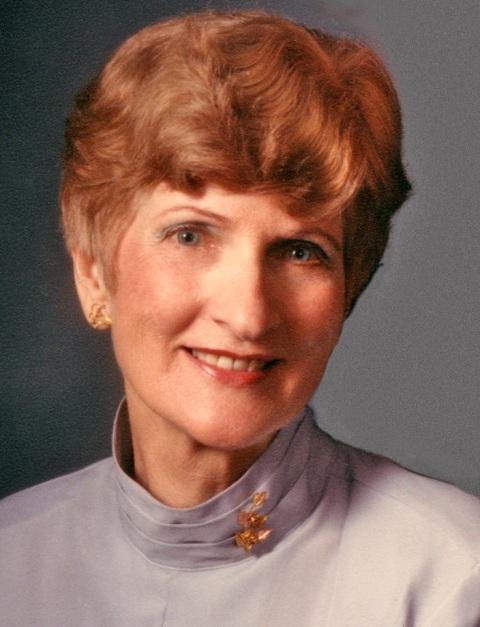 Mayron Justis Cockrel of Bowling Green passed away on October 11, 2013 from Lewy Bodies Dementia.  She was born in 1925 to Richard E. (Sr.) and Alice Woosley Justis in Louisville, KY.

She is survived by her daughter and son-in-law, Paula and Marvin Jarboe of Bowling Green; and her son and daughter-in law, Robert and Lois Cockrel of Ottawa, Illinois.  She is also survived by her brother and sister-in-law, Paul and Jayne Justis of Lexington; and her sister, Norma Justis Stratford of Louisville; four grandchildren and two great-grandchildren; several nieces and nephews.  In addition to wonderful helpers, she is survived by a special caregiver, Kim E Hill.

She was a devout Christian and most recently a member of Grace Church of Bowling Green.  She served on various church boards and taught adult Sunday School and Bible Studies for over 50 years.  She was a lifetime member of the EFC Women’s Missionary Society and the WKU Alumni Association.  She served for several years as chairwoman of the Dixon (IL) Area Christian Women’s Club and co-chair of the Dixon Area Christian Couples Club.

She was an avid gardener, a wonderful cook and homemaker, and a skillful seamstress before her illness prevented her continuing.  She especially enjoyed hosting large parties during any holiday.  Before her illness, she was an active participant in the social life at Village Manor in Bowling Green.

Visitation is from 11 a.m. .to 8 p.m. Monday at Grace Church, 824 Lehman Avenue, in Bowling Green and beginning at 8 a.m. Tuesday at the funeral home. Funeral is 10:30 a.m. Tuesday at Dermitt-Joyce Funeral Home, Caneyville, with burial at Smith Home Cemetery in Butler County.

Expressions of sympathy may take the form of contributions to the MMS Aviation, P.O. Box 1118, Coshocton, Ohio 43812.