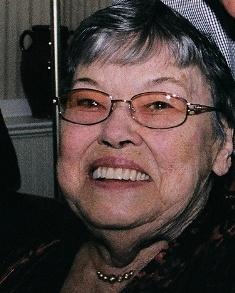 Mavis Shultz, 79 passed away at 10:45 am on Sunday, November 13, 2011 in White Plains Hospital in White Plains, NY after a brief illness. Mavis was born March 27, 1932 in Morgantown, Ky. to Nicholas M. (Boyd) and Effie Hawks Johnson. She was preceded in death by her parents, brothers Geoffrey, Leslie, McClellan, Sonny and Eugene; in laws Melvin and Ellen Shultz and great grandson Cody Riolo.  On May 26, 1949 Mavis Johnson married Dean M. Shultz who preceded her in death on May 6, 2000. Surviving her are their children Sharon Thompson of Yorktown Heights, NY, Richard D. Shultz and wife Mary Ann of Platteville, WI and Victor S. Shultz and wife Velvete of Orlando, FL; sisters Nadine West and Ernestine Childers of Morgantown, Ky.; 9 grandchildren, 5 great grandchildren and numerous nieces and nephews.

Mavis moved with her family to locations throughout the continental United States retiring to the area of her childhood when she and her husband located to Bowling Green, Ky. in the mid- 1980’s. She moved to Yorktown Heights, NY following the death of her husband and has lived there since. Mavis felt her greatest legacy was her children, grandchildren and great grandchildren. She lit up a room with her smile and laughter. She was a fantastic cook creating memories for all who joined her table.

Family and friends may visit Saturday, November 19, 2011, from 2:00pm – 3:00pm with a memorial service starting at 3:00pm at the Jones Funeral Chapel in Morgantown, Ky. Online condolences may be made at www.jonesfuneralchapel.com