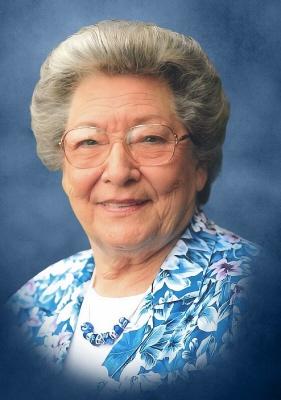 Mary Opalene Romans Hocker, age 94 of Morgantown, KY passed away Sunday, October 10, 2021 at her residence. Opalene was born on Thursday, August 4, 1927 in Sunny Lane Butler County, KY to the late Ralph Roark & Iva Clay Thompson Romans. She is preceded in death by her husband of 33 years Adra Cherry (AC) Hocker; three brothers George Mason Romans, Joseph Benjamin Romans and Willie Stanley Romans. Opalene was a member of Morgantown Church of Christ. She was the previous co-owner of Hocker Family Insurance and an insurance agent for 65 years. Opalene enjoyed sewing, cooking, traveling, eating out, dancing, fellowship with her church family, Facebooking and spending time with friends at the Farm Boy restaurant. Her passion was her family and she spent her life serving them.