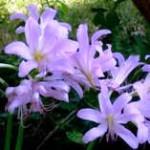 Martine Wester Jenkins, 86, of Owensboro (formerly of Rochester) died at 1:17am on Saturday, September 24, 2011 at Owensboro Medical Health System. She was born in Muhlenberg County on October 6, 1924 to the late Floyd Wester and Lida Belle (Brown) Wester.

Martine was retired from Kentron, worked in the Evansville Shipyard during World War II building LSTs and was a member of Immanuel Baptist Church. She was a loving mother, grandmother and great-grandmother who loved to quilt and enjoyed ceramics. She was preceded in death by her husband, Victor Jenkins on April 16, 2000.  Martine & Victor were both natives of Butler County.

Funeral Services will be at 11:00 am on Tuesday, September 27, 2011 in the Chapel of James H. Davis Funeral Home & Crematory. Burial will follow in Owensboro Memorial Gardens. Visitation will be held on Monday from 4:00 pm until 8:00 pm and on Tuesday from 9:00 am until 11:00 am at the funeral home.  Expressions of sympathy may be made to Hospice of Western Kentucky, 3419 Wathens Crossing, Owensboro, KY 42301.