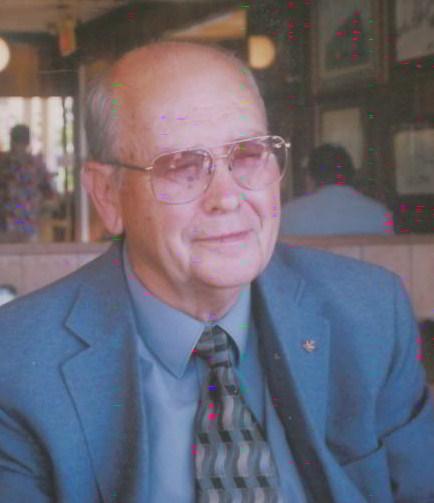 Leonard Thomas "Tom" Porter, 86 of Morgantown, Kentucky, entered into rest Monday, July 9, 2012, at the Morgantown Care and Rehab Center in Morgantown, Kentucky. Tom was born July 29, 1925, in Eden, Kentucky to the late Clark Thomas and Mable Johnson Porter. He joined the Navy and proudly served his country during World War II aboard the USS Pasadena (CL- 65). Tom was present for the formal surrender of the Japanese in Tokyo Bay on September 2, 1945. After returning from the war, Tom went to work in his father's blacksmith shop. He married Dorothy Embry on May 3, 1951. Tom and Dorothy had four children Robert "Ben", Anita Marguerite, Stanley Lynn and Dorothy "Lynnette". The Porters moved to Louisville where Tom spent 30 years working for General Electric and serving as Deacon at Brookview Baptist Church. Upon retiring, he returned home to Eden and began restoration work on the abandoned Walnut Grove Church. After its restoration, Tom served as Deacon for many years. Tom was a member of Banock Masonic Lodge #824 F&AM, Order of the Eastern Star #531. At the time of his death, he was a member of Barnetts Lick Baptist Church. He was preceded in death by one brother, Robert Porter; one sister, Aleta Conner and son in-law, Jack Dann.

Submitted by Carlon Pendley (not verified) on Wed, 11/07/2012 - 10:17am
Very sorry for the family's loss. He loved his Lord and savior Jesus Christ. It blessed me when he was a member at Richland Baptist Church. The service was much better when he attended. I loved to her him say amen. He willbe greatly missed by family and friends.
Submitted by Doris & Bobby M... (not verified) on Wed, 11/07/2012 - 8:47pm
Ben, Cheryl & Family, Sorry for your loss, your family will be in our thoughts and praryers.
Submitted by Faye W. Beckner (not verified) on Thu, 12/07/2012 - 12:35pm
PRAYERS FOR THE PORTER FAMILY AT THIS GREAT LOSS.MAY THE LORD CONTINUE TO BLESS AND COMFORT YOU ALL! JOE & FAYE BECKNER & FAMILY