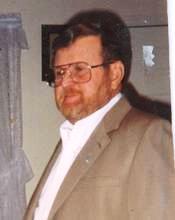 He was born on April 27, 1941 the son of the late Josh and Essie Coats Embry of Butler County, KY, He was a member of the Chapel Union Church, attended the Potters Hope Church in Leitchfield, he was retired from the Phar-Shar clothing factory as a machine mechanic and was a regular member of the Pine Knob Theater.

Other than his parents he was preceded in death by one son, Jamie Ray Embry, one brother, Laymon Embry.

Cremation was requested and a private family burial service will be held at a later date.