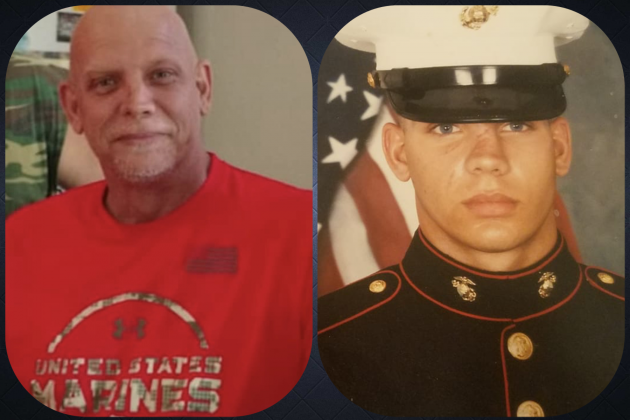 Heroes aren’t always the guys (or gals) who rush into burning buildings to save small children. Sometimes, heroes are ordinary folk. One such hero was Larry Wayne Wilson. Larry was an a-hole; not the kind of a-hole you disliked, quite the contrary, he was the kind that made you want to be his friend. He was wickedly funny with a sarcastic humor that caused you to feel simultaneously insulted and flattered because he was teasing you. He loved laughing with friends, hunting deer, and spending time with his family. Oh, and Jack Daniels…yes, he loved that too. He really disliked wimps, whiners, and people who had no sense of humor.

He was the husband of Brandy Jo (Woolsey) Wilson for 25 years; some good, some routine, but none were boring. His son, Brian (wife, April) Wilson, was someone Larry admired as well as loved; taking great pride in watching his boy grow as both a minister and husband. His two beautiful daughters, Amber Lynn and Lauryn Nichole, were the joys of his life. Larry lived life on his own terms – joining the United States Marine Corps right after high school, touring the world, serving his Country for 8 years and achieving the rank of Sergeant.

When it came time to settle down, Larry decided Maryland would be his home; he worked for (and retired from) the Department of Corrections as a Captain. He lived the kind of life that spoke of hard work and dedication to family. When he wasn’t hunting (or talking about hunting or watching videos about hunting or looking for new gear for hunting), he could be found riding his beloved Harley.   So, what made Larry a hero? His extraordinary will to live as he battled cancer. Sometimes our greatest heroes are those tried in fire, forged, honed and made stronger through adversity. Larry was one such person. His legacy is courage, his battle epic, the inspiration he instilled…beyond written words.

Larry was preceded in death by his father, Robert E. Wilson, Sr. He is survived by his mother, Pam Wilson of Owensboro; sister, Patti (husband, Buddy) Small of Astor, Florida; brother, Bob (wife, Paula) Wilson of Morgantown; sister, Ricki (husband, Billy) Terry of Columbia, TN; and sister Denise (husband, Todd) Blake of Waynesboro, PA. Larry also had  in-laws (a few outlaws), aunts, uncles, cousins, nieces, nephews, and so many friends that he had to spread them out among at least nine states. In lieu of flowers, Larry asks that you raise a glass of Jack in his honor, turn on Kid Rock’s ‘’Born Free’’ and enjoy the company of those you love. Semper Fi, Marine. You can now Stand Down.