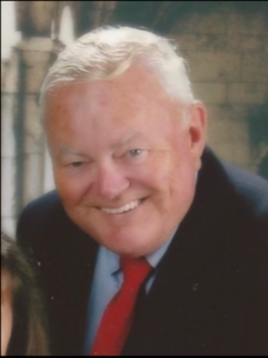 Larry Panel Davis passed away on February 20, 2021, in Bowling Green, Kentucky. He was born on April 10, 1938 in Russellville, Kentucky, the only child to Juett and Ruby Davis.

He enjoyed many occupations throughout his life such as Professional Photographer, Owner of Hobby Junction, Ambulance Driver for Smith Funeral Home, Camera-man for Channel 13 News Station, Projectionist at the Tri-City Drive-In in Beaver Dam, Kentucky, Cafeteria Manager at Kellwood, Manager of Morgantown IGA, worked in the coal industry for E & C Coal Company, Troop Leader of Boy Scout Troop 208, and retired as Lab Manager at IMCO Recycling.

Larry had many hobbies including painting, cooking, fishing, houseboating, traveling and supporting his children and grandchildren in their athletics and/or other activities in which they were involved, rarely missing events. Larry also enjoyed portraying Colonel Harland Sanders in parades and events. Larry was a proud member of the first Butler County High School Band in 1954. He was at one time a volunteer with the Morgantown Fire Department, was a member of the Cassia Masonic Lodge #272, served in the Kentucky National Guard, and was a long-standing member of First Baptist Church in Morgantown, Kentucky. Larry and Monical also devoted many years as teachers of the four and five year old Sunday School Class at First Baptist Church.

Larry’s greatest joy was his family. He was a devoted husband, father, grandfather, and son. Larry is predeceased by his wife Monical, his parents, Juett and Ruby Davis and his father and mother-in-law, R.W. and Opal Hankins.

Due to the Covid-19 pandemic restrictions there will be no visitation. A private memorial celebration is planned for immediate family only. In lieu of flowers, gifts in Larry’s honor may be made to Gideons International Bibles or St. Jude Children’s Research Hospital.  Smith Funeral Home is in charge of the arrangements.

Visit our website www.smithfuneralhomeky.com to share any condolences, memories or photos of Larry or light a memorial candle.