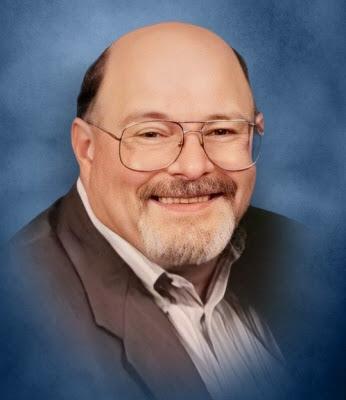 On Saturday June 11th, between 4 and 5am, Larry held hands with his son on the right, daughter on the left, and his wife to transition from this life surrounded by 6 loving family members, exchanging stories of joy and laughter of his life. Immense joy always lit the life of his family, not only in this life, but at his death.

Originally educated in a one room schoolhouse in Woodbury, his mentor Richmond Caudill nurtured the prodigious‘ s obsession with electronics such that this self-made Morgantown’s only tv repairman - who happened to be a teen -- would become guided to seek education. By age 21, he was alleged to have hacked the Morgantown traffic light on Halloween to provide entertainment for his friends. He would seek the extensive training in mathematics and physics to become a Master of Science in Electrical Engineering, at a time long before Silicon Valley would exist

An incredible 49 years of marriage to Vicki is a model of love and lifetime mutual support. But this was not an average man, wife, and 2.5 kids: this was a home for the community. For those in need: moments of need, nourished by a loving family, love was open to all and freely given to all in need. Larry’s family story is one of a home for foster kids, of adoption, of unquestioned loved; the house on the block that the kids whose parents had kicked them out was always open for food, laughter, and love. This is Larry’s story.

A Green River man defined by his craft, this lifelong engineer was expert in all electrical networks, and worked with his medical team to hack his own heart to outlast more than 10 years of heart failure. He believed his heart to be damaged by his service to the country in the agency. He engaged in his final secret missions with his daughter at his side, while at the hospital securing those last few rations despite attacks of an enemy nobody else could see. Nothing new here to those of us who knew him well.

Larry’s family was informed about a decade ago that this former self-described “CEO, VP (vice president), AD (acting directly), HHWIC (head honcho who’s in charge)” was actually the recipient of the CIA Distinguished Intelligence Medal, with 6 levels of security clearances; and the USA CIA Agency Seal Award, presented to “non-agency personnel making a significant contribution to the intelligence efforts of the CIA”, and was proxy issued a service card for the US Navy, via the CIA. Soooo.. we guess he had a secret life. That would explain the obsession with all things James Bond.

Larry is preceded in death by his brother Randall, his father “Jaybird”, and Mother Marjorie Lykins.