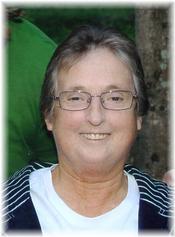 Kathleen Ferguson Smith, age 76, was born on, July 24, 1937 in Arnold, KY (Ohio Co.) to the late Ernest Charles and Mamie Kathern Coy Ferguson. She passed away on January 10, 2014 at her home. She has one sister; Charlene Sexton of Louisville, KY, 2 brothers; Carlton Ferguson and Carlis Ferguson both of Horse Branch, KY.

Other than her parents, she was preceded in death by a daughter Lora Ann Smith and a great-grandson, Tildon Connor Cooper.

Funeral services will be at 1:00 p.m. Monday, (January 13, 2014) at the Oak Ridge General Baptist Church in Morgantown, KY. Bro. Jimmy Cushenberry will be officiating. Burial will be in the Smith Home Cemetery.

Funeral arrangements are under the direction of Dermitt Funeral Home in Leitchfield.

Online condolences can be made in the guestbook on our website at www.dermittfuneralhome.com