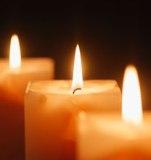 Jerlene C. Wallace, 86, of McDaniels, died Thursday, August 4, 2011, at University of Louisville Hospital. The Butler County native was a homemaker. She was a daughter of the late Addie Colburn Lindsey and Jasper Lindsey.

Services are private. Cremation was chosen. Arrangements are under the direction of Jones Funeral Chapel.