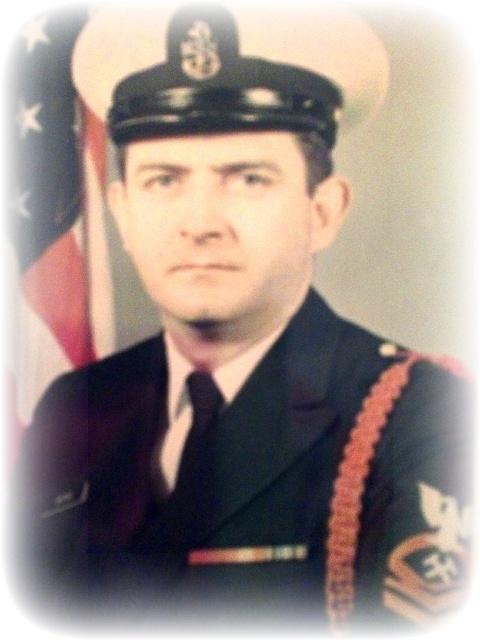 James Curtis Brown, 82 of Morgantown, Ky. passed away at 8:40am on Friday, January 10, 2014 at Vanderbilt Medical Center in Nashville after a long illness.

Mr. Brown was a resident of Russellville, KY since retiring in 1971 from the U.S. Navy  as a Chief Petty Officer after 20 years of service. He was very proud of his military service having served the United Stated in the Korean & Vietnam Wars.  He was a decorated Recruit Commander at the Great Lakes Naval Training Center in Illinois.  After his military service he went on to a career & retirement from TVA.  He was a lifetime member of  The American Legion and an Expert Marksman.

A native of Morgantown Mr. Brown was born October 30, 1931 the son of the late Burn Brown and Erie Hawes and husband of the late Barbara Brown.

Funeral Service will be held at Smith Funeral Home, Tuesday, January 14, 2014 at 2:00 p.m. with Bro. Jimmy Blackwell and Bro. Mike Whitaker officiating . Burial will follow in the Hill Haven Memory Garden Cemetery. Visitation will be Sunday, January 12, 2014 from 6:00pm - 8:00 pm- Monday 8:00am- 8pm and Tuesday 8am until service time at 2pm at the Smith Funeral Home in Morgantown, Ky.