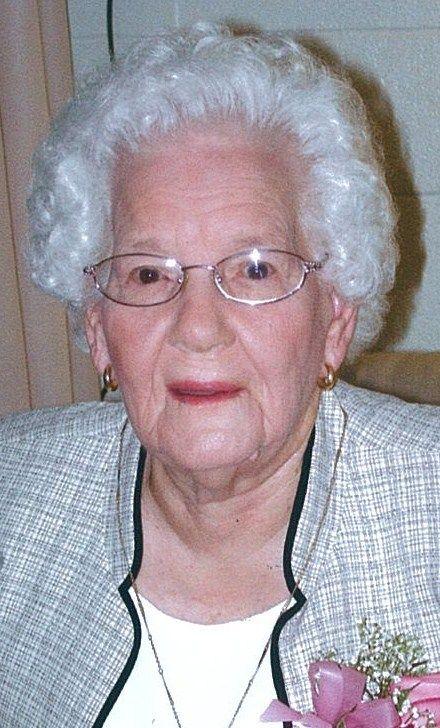 Ilene Borah, age 96, of Morgantown, KY, passed away Tuesday, July 2, 2013 at the Morgantown Care and Rehabilitation Center. Ilene was born on March 1, 1917 to the late Virdie and Lelia Hatcher Proctor.  She was the wife of the late Sherman D. Borah. Ilene Borah was a store clerk and a member of Morgantown First Baptist Church.  She was preceded in death by one daughter, Carolyn Sue Borah; two sisters, Hazel Campfield and Elizabeth Wilson; one brother, Noatley Proctor.

Ilene Borah is survived by one daughter, Ann Crabtree of Cincinnati, Ohio; one son, Butch Borah, and wife Vera of Bowling Green KY; one grandson, David Crabtree, and wife Johnna of Elsmere, KY; one granddaughter, Vanessa Banks, and husband Kyle of Webb AL; five great grandchildren and seven great-great-grandchildren. Funeral services will be held at 1:00 p.m. on Saturday, July 6, 2013 at the Jones Funeral Chapel with Bro Greg Wallace officiating. Burial will be in Salem Cemetery. Visitation will be held on Friday, July 5, 2013 from 4:00 p.m. until 8:00 p.m. at the Jones Funeral Chapel and on Saturday July 6, 2013 from 8:00 a.m. until funeral time at 1:00 p.m. at the Jones Funeral Chapel. Online condolences may be made at www.jonesfuneralchapel.com.