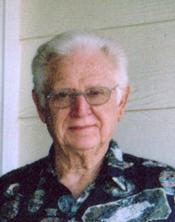 He was born on June 14, 1928 in Morgantown, KY, the son of the late Theodore Crenshaw and Nevada Smith Hunt.

He was retired from General Electric, who sang and enjoyed Southern Gospel. He was a member of the New Harvest Baptist Church.

Other than his parents, he was preceded in death by two brothers, Edwin and Albert Hunt.

Funeral services will be at 2:00 p.m. Monday, (June 17, 2013) at Dermitt Funeral Home in Leitchfield. Bro Arland Benningfield will be officiating. Burial will be in the Layman Memorial cemetery.