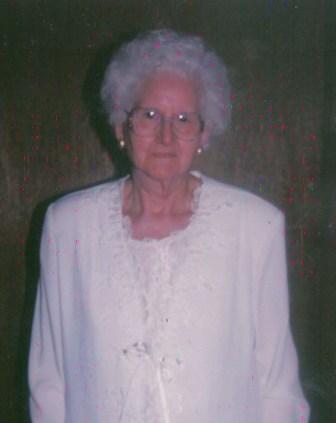 Helen Embry, 90 of Morgantown, passed away Saturday, July 14, 2012, at her daughter's residence. Helen was born October 19, 1921, in Butler County Kentucky to the late Wesley and Ordry Embry Tomes and wife of the late Hesbie Embry. She was a member of Christian Home Church of Christ and a homemaker. She was preceded in death by one daughter Judy Longhenry; one son Jerry Embry; 4 sisters Jacquline Tomes, Francis Tomes, Dorothy Embry, and Phyllis Key and 2 brothers James and Thorston Tomes.

Funeral services will be held at the Jones Funeral Chapel Wednesday, July 18, 2012 at 1:00 pm with Bro. Kurt McClelland and Bro. MD Bryant officiating. Burial will be in the Christian Home Cemetery. Visitation will be held Tuesday, July 17, 2012 from 1:00 pm - 8:00 pm and Wednesday from 8:00 am until funeral time at 1:00 pm at the Jones Funeral Chapel. To view the video or to leave a online condolence please visit www.jonesfuneralchapel.com.