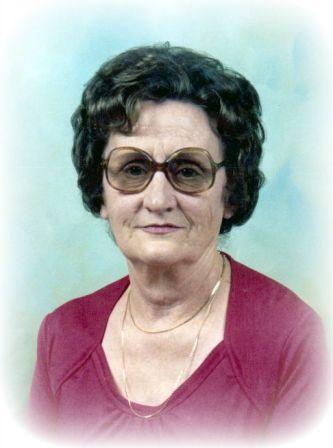 The Butler County native was the daughter of the late Aaron Lushas Felty and Ada Helen Dockery Felty. She was retired from GE where she worked as an Assembly Operator. She was also a member and Sunday School Teacher at Chapel Union Baptist Church.

She was preceded in death by her parents, her husband Hillary Renfrow, two daughters, Anita Jean Carroll and Sherlyn Stice, and two brothers, Roy and Jack Felty, and two son-in-laws, Jimmy Hatcher and Vernon Stice.

Submitted by C.J. Martin (not verified) on Tue, 01/10/2012 - 7:54pm
Ms. Gracie was my first Sunday School teacher and she made a big impact on my life when I was a child. Ms. Gracie will be missed.
Submitted by Kay Lawrence (not verified) on Wed, 01/11/2012 - 9:43pm
Ms. Gracie will always be remembered as a wonderful christian lady and neighbor. I'll always remember how much Billy Joe loved to pick at her and how flustered she'd get at him, then how they woul laugh. Yes, she will be very much missed
Submitted by Cousin Don BAKER (not verified) on Thu, 01/12/2012 - 7:24am
JIMMY,SHE WAS THE GREATEST AND SHE WILL BE MISSED BY US ALL. COUSIN DON.
Submitted by V. Parrish (not verified) on Fri, 01/13/2012 - 11:43am
Gracie was a wonderful person. I've always thought a lot of her and have fond memories of her at Chapel, at the voting house/school and at the store. My grandmother thought a lot of her too. My thoughts are with y'all.