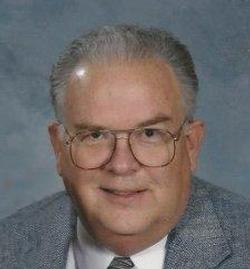 He was born August 9, 1944, in Washington, Indiana, son of Benjamin C. and Beatrice Norris Slaubaugh. He and Janice Rix were married June 3, 1994 in St. Lucia in the British West Indies.

Gary was a 1962 graduate of Butler County High School and attended Western Kentucky University. In November of 1963 he enlisted in the United States Coast Guard and was honorably discharged in 1972 as Chief Petty Officer. He worked several years in the agriculture industry for Pfizer Genetics, and was formerly a plant manager for Swift Fertilizer in Chaffee, Missouri. Gary owned and operated Modern Communication in Jackson, and later moved his business to Cape Girardeau, renaming it to Square-One Electronics. He retired in 2008 due to declining health. He was a member of Good Shepherd Lutheran Chapel in Cape Girardeau, being active in the church choir, the men’s club, parish planning council, and other committees.

He was preceded in death by his parents, and a grandson, Cody Slaubaugh.

Friends may call from 12:30 pm until service time on Saturday, April 18, 2015 at the Good Shepherd Lutheran Chapel in Cape Girardeau.

A memorial service will be held at 2:00 pm on Saturday at the chapel, with full military honors. The Rev. Weston Wildauer will officiate.

Inurnment will be at a later date in Missouri State Veteran’s Cemetery in Bloomfield, Missouri.

Memorials may take the form of contributions to Good Shepherd Lutheran Chapel.

McCombs Funeral Home in Cape Girardeau is in charge of arrangements and cremation.