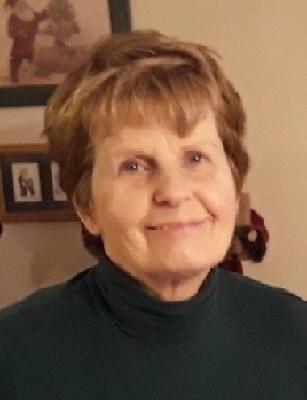 Freda was a native of Louisville. She and Gerald moved their family to Morgantown, Kentucky in 1979. She moved back to Louisville in 2015. Freda graduated from Norton Hospital’s School of Nursing in Louisville but worked for most her professional life in Bowling Green, Kentucky. There she worked at Greenview Hospital and later at Lifeline Home Health in infection control, employee health, and continuing education. She also was part of a team which opened Mediplex Rehabilitation Hospital. Freda earned both a Bachelor’s and Master’s in the Science of Nursing and served on the National Board of the Association for Professionals in Infection Control and Epidemiology. The last years of her career were spent as a Professor of Nursing at Western Kentucky University.

Freda’s love for her family was a guiding force for her children, grandchildren, and great-grandchildren. Her lifelong passions included gardening, quilting, reading, and journaling. She was a loving owner of dogs, cats, and horses.

The date for a memorial service will be determined. Expressions of sympathy may take the form of donations to the University of Louisville Brown Cancer Center at http://uoflbrowncancercenter.org/support

A memorial service for Freda C. Embry will be held on Saturday, November, 13th at 2 p.m. at Eastwood Baptist Church 500 Eastwood Street, Bowling Green, KY. All friends and family are welcome to help celebrate Freda's life