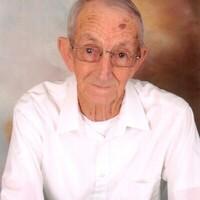 He was born on October 4, 1939 in Caneyville, KY, the son of the late Roosevelt and Edna Woosley Embry.

He was retired upholsterer, who enjoyed fox hunting and bowling and was saved at age 29 at Pleasant Union (Wilson) United Baptist Church where he was a member and ordained as a deacon in 1975.

Other than his parents, he was preceded in death by his first wife, Sylvia Tomes Embry, his second wife, Lila Embry, one son, Mike Williams, three brothers, Frankie, J.C. and Lewis Embry and one great grandchild.