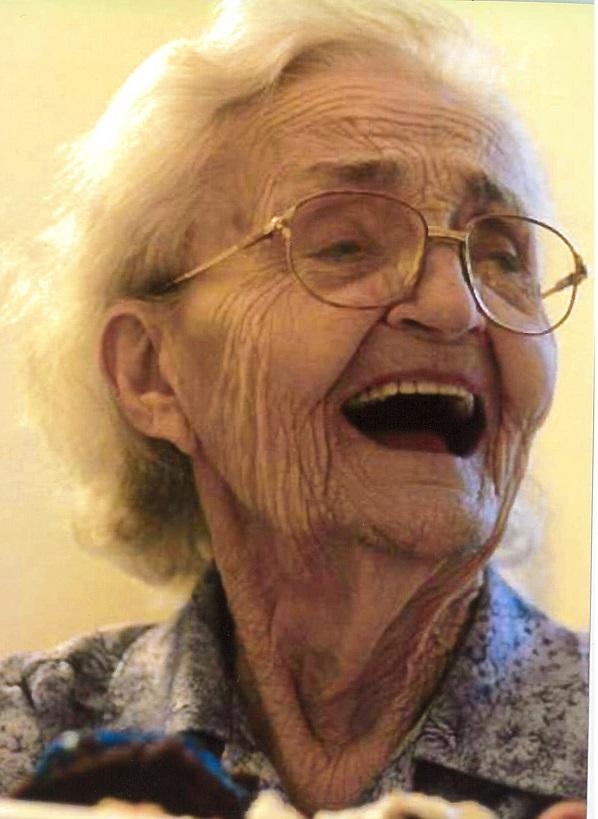 “Anything worth doing is worth doing right”. One of the many famous quotes of Exie Ruth Kitchens Hawes who passed away Saturday December 7, 2019 at the Signature Health Care in Morgantown, KY at the age of 101 years and 11 months. Born in Dunbar, KY of Butler County on January 6, 1918 of the seven children, she was the only daughter of Ustus Waterson and Gusta Mae Ruley Kitchens. Exie always said she was born on a cold day and her parents tried to keep her from freezing to death. In their efforts of keeping her warm, with so many blankets they became worried about smothering her to death.According to Exie “I have seen” during her 101 years of life, she has lived through 18 presidents and witnessed many Americas greatest events such as World War I, World War II, Korean War, Vietnam War, Desert Storm, Desert Shield, landing on the moon and September 11th.Exie Ruth was a vital part of Butler County and Morgantown’s heritage. She was a working woman and she said “work was one of God’s blessings” At the age of 23 she took over Dunbar General Merchandise from her grandparents. She ran the store for 18 years until moving to the farm in Morgantown in 1959. In 1962, she bought the Hollywood Sandwich Shop where she quickly became famous for her hamburgers and fried apple pies. “It’s not what you make it’s what you save” many of us have learned valuable life lessons from Exie. You never threw anything away in her presence. She always had a purpose or use for it at some point.Exie Ruth was saved on August 30, 1932. She loved the Lord and her church family. She was a member of “The best church in the world” Big Muddy Baptist Church. She is now reunited with her loving husband Rex Hawes, 3 brothers Wendell, Carl and Gary Kitchens; son in law Devon Cannon and her best friends Artie Hankins, Laura Earl Warren and Mae Hatcher.Her kind caring, loving compassionate spirit lives through her family members who survive one son Kenneth Hawes (Eva); one daughter Sara Cannon; 3 brothers William Kitchens, Boyce Kitchens (Ila Mae) and Royce Kitchens; grandchildren Shelly Knopf (William), Aimee Henderson (Pat), Dionne Cannon Merritt, Samuel Hawes and Rebecca Cannon Maxwell (Jonathan); great grandchildren Taylor and Trevor McStoots, Drew, Rex and Jagger Henderson and Weston and Landis Merritt.Please join us in celebrating the life of Exie Ruth Kitchens Hawes, funeral services will be held at the Jones Funeral Chapel on Wednesday December 11, 2019 at 1:00pm with Bro. Ronnie Forrest officiating. Her eternal resting place will be in the Hill Haven Memory Garden with Samuel, Drew, Rex, Jagger, Trevor and Pat serving at pallbearers. Visitation will be held on Tuesday December 10, 2019 from 3:00 pm – 8:00pm and Wednesday 8:00am until funeral time at the Jones Funeral Chapel. Please share any photos, memories, condolences or light a candle in memory of Exie Ruth at www.jonesfuneralchapel.com.  Jones Funeral Chapel is honored to be serving the family of Exie Ruth Kitchens Hawes.