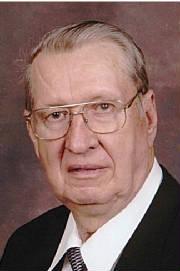 Eugene Phelps, 77, of Hartford, passed away, Sunday, October 20, 2013 at Owensboro Health Regional Hospital. He was born May 28, 1936 in Ohio County, Kentucky to the late Lonnie Phelps Sr. and Bernice Ward Phelps. He was a member of Longview General Baptist Church where he was a Deacon since 1959. He was a retired coal miner from Peabody Coal Company.

Funeral Service will be held at 1:00 P.M., Thursday, October 24, 2013 at Longview General Baptist Church in Beaver Dam with Rev. Jay Raymond officiating. Burial will be in Sunnyside Cemetery in Beaver Dam. Visitation will be from 4-8 P.M. Wednesday at William L. Danks Funeral Home and 9 A.M. until the time of service Thursday at Longview General Baptist Church.