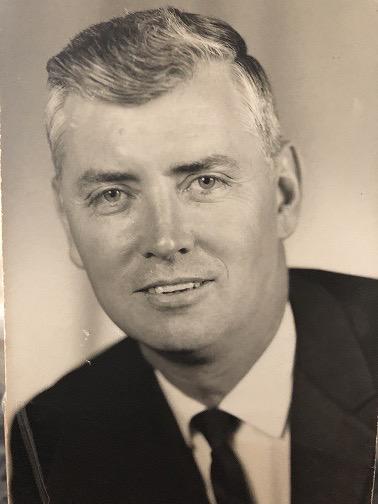 Elmer Casey Day age 91, passed away peacefully on Thursday, June 02, 2022. He was born in Chicago, Illinois to the late Orville Richard Daye and Lola Daugherty Daye.  He graduated from Cromwell Kentucky High School in 1949. After receiving his undergraduate degree from Western Kentucky University in 1953, he graduated from Harvard University in 1955. He served as a Second Lieutenant in the Air Force and was stationed in Baton Rouge, Louisiana.

In addition to his parents, Elmer was preceded in death by his brothers Linden Daye, Louis Daye, and Leo Day, and son-in-law Garry Price.

After leaving the Air Force, Elmer was an engineer that worked for RCA and then IBM for 25 years. Elmer moved to Nokomis, Florida 32 years ago, where he was active in the Inlets community and immensely enjoyed his neighbors,  playing tennis, and was president of the homeowners association for several years.

A graveside ceremony will be held near his childhood home at Green River Baptist Church, Cromwell, Kentucky on June 9, 2022 at 12:00 pm where he will be laid to rest alongside his parents. Military honor will be presented by the Ohio County AM VETS.

In lieu of flowers, memorial contributions may be made to Tidewell Hospice,  910 Tamiami Trail Venice, FL 34285 or tidewellfoundation.org.

Arrangements are under the direction of the Jones Funeral Chapel.