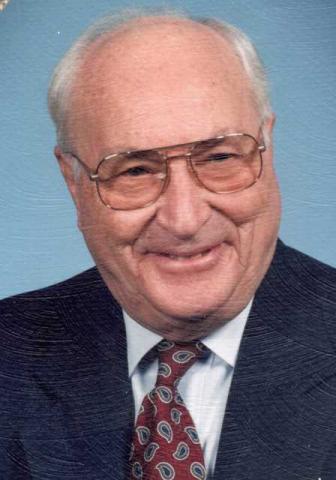 Edward O. Whitfield passed away on June 4, 2013.  He was born in Hopkins County, Kentucky.  He was the son of P.O. and Mabel Whitfield and the nephew of O.C. Whitfield, who served in the Kentucky State Senate from Madisonville from 1937 to 1940 and was President of the Kentucky Farm Bureau in 1935.

E.O. worked for the Louisville and Nashville Railroad and its successor companies, the Seaboard System Railroad and CSX Corporation for 44 years.  He was a Master Mason and member of EW Turner Lodge #548 and a member of St. John Methodist Church.

He is survived by his wife, Mary (Jennie) Cunningham to whom he was married for 71 years; his son, First District Congressman Ed Whitfield; a sister, Juanema Whitfield Corum; a granddaughter, Kate Whitfield Wilson; and two great-grandchildren, Brady and Madison Wilson of Duluth, Georgia.