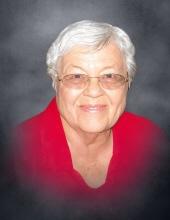 Dorothy Colene Hazel, age 90 of Morgantown, KY passed away Tuesday, August 30, 2022 at the Medical Center in Bowling Green, KY. Dorothy was born on Monday, July 11, 1932 in Hart County, KY to the union of the late John H. and Minnie Owens Bell and wife of the late Jessie Ray Hazel. She was of the Presbyterian faith and worked many years at the Caudwell Company and Union Underwear. Other than her parents and husband she is preceded in death by two sons Phillip and Danny Hazel; one brother and four sisters.