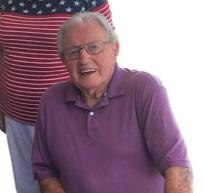 Desper H. McCoy, known by his friends as “Mac McCoy” age 92 of Newburgh, IN, passed away Tuesday, Sept. 13, 2022 at Linda E White Hospice House in Evansville, IN. Desper was born Thursday, Sept. 11, 1930 in Quality, KY, to the union of Lucian Rex and Thelma Jenkins McCoy. Desper was a veteran of the U.S. Army, having served during the Korean War and was an active member of the American Legion, Kapperman Post #44, Newburgh, IN.   After Service, Desper worked at the Chrysler Plant for several years and then retired from Holderfield Battery Company.  After his retirement he operated a used car lot in Newburgh known as Mac & Nix.  In addition to his parents, Desper is preceded in death by his wife, Loyce Mayhugh McCoy, his only son, Benny Joe McCoy, two sisters; Gladean Givens and Effie June McCoy and nephew Gaylen Givens.