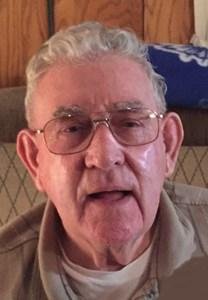 Born on the family farm in Butler County, Ky., on March 14, 1940, Cody loved the outdoors, music and the University of Kentucky Wildcats. Most of all, he enjoyed his family, reading his Bible and his personal relationship with God. He was a member and deacon at Henryville Church of Christ, and he used his musical talents to spread the Gospel through playing music at area nursing homes and other locations. He also coached youth basketball and baseball teams in Henryville. He was a longtime employee of Haas Cabinet Co. in Sellersburg and retired from the Clark County Highway Department.

Visitation will be from 5PM to 8PM on Friday, November 15, 2019 at Newcomer Cremations, Funerals & Receptions - New Albany. Visitation will continue on Saturday from 11AM-1PM. His Funeral Service will be at 1PM on Saturday, at the funeral home with burial to follow at 4PM EST/3PM CST at the Lawson Embry Cemetery near the family farm in Butler County, Kentucky.

family requests that contributions in Cody’s memory be made to HHS Dollars for Scholars in Memory of Ryan Wayne Embry.