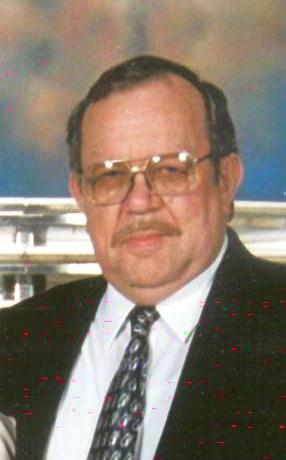 Chester L. Flener, 67 of Morgantown, Kentucky passed away Wednesday, October 10, 2012 at the Medical Center in Bowling Green, Ky. Chester was born March 15, 1945 in Flener, Ky. to the late Foy C. and Flora Flener Flener. He was a Veteran of the Vietnam War, Lifetime member of the DAV Ohio City Chapter 11, member of Mt Vernon Missionary Baptist Church, attended Morgantown Community Church and retired mechanic and welder. Preceded in death by one sister Vondalene Hill and one brother Edward L. Flener.
Chester L. Flener is survived by his wife of 44 years Cathy Wisdom Flener of Morgantown, Ky; 2 sons Jason Lee Flener (Beth) of Caneyville, Ky. and Joey Wayne Flener of Morgantown, Ky.; granddaughter Aleatha Brooke Swift of Caneyville, Ky.; 5 sisters Dorene Harrison of Morgantown, Ky., Debra Kidd (Dallas Wayne "Kidd") of Morgantown, Ky., Loretta Curtis of Louisville, Ky., Judell Forbes of Louisville, Ky. and Gloria Gay Heilman (James) of Shepherdsville, Ky.; brother Donnie Dewayne Flener of Morgantown, Ky.; many nieces and nephews; host of friends across the US and Canada and his faithful companions Max and Crickett.
Funeral services will be held at the Jones Funeral Chapel Monday, October 15, 2012, at 1:00pm with Bro.Josh Scott officiating. Burial will be in the Mt Vernon Cemetery. Visitation will be held on Saturday, October 13, 2012, from 1:00pm -8:00pm, Sunday from 1:00pm - 8:00pm and Monday from 8:00am until funeral time at 1:00pm at the Jones Funeral Chapel. Special request "Dress Casual" Online condolences may be made at www.jonesfuneralchapel.com

Submitted by Will & Stacey F... (not verified) on Thu, 11/10/2012 - 6:08pm
Chester, you will never know how much you have meant to our entire family. From the day we met you, you were always there to lend a helping hand or just Keep Will company while he tinkered around outside! Cathy, Jason and Joey, thank you so much for sharing such a wonderful man with us! You all are in our thoughts and prayers! Will & Stacey
Submitted by Mary Wisdom-House (not verified) on Fri, 12/10/2012 - 6:30am
Big brother you will always be a part of our lives and will always be in our hearts. You are pain free now and showing everyone up there how you got the name of "Meanness" down here. We love you. Sis, Jason and Joey we are here for you at all times. Mary and Ray
Submitted by Linda Key (not verified) on Fri, 12/10/2012 - 12:39pm
Cathy, I am so sorry for your loss..I will always remember Chester's smile! Sending love and prayers to you and your sons and their families.. I have always felt that Chester and his brothers and sisters were all family to me. And Loretta is my sister-in-law, but I've always felt she is my sister that I never had..May God give you and all the family comfort during this difficult time..Love to all...